After a relatively slow start to the summer transfer market, things are expected to accelerate for Juventus in the coming weeks. 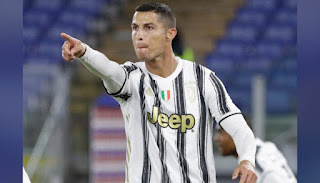 First of all, a crunch meeting with super-agent Jorge Mendes is set to take place, and its outcome could determine the future of Cristiano Ronaldo at the club.

For the moment, no serious offers for the Portuguese have arrived, but understanding his intentions will be crucial in order to plan for the market.

Second on the list is Giorgio Chiellini’s file. The captain’s contract already expired, but he’s expected to sign a new deal that will keep him in Turin after the conclusion of Euro 2020.

Thirdly, the Bianconeri will be looking to resolve Paulo Dybala’s future as soon as possible, and will be set to meet his agent Jorge Mendes during the early days of pre-season.

The Argentine’s contract expires next year, and the club is expected to offer him around 10 million euros per season to secure his services for the future.

Another player who should sign an extension is Juan Cuadrado, who put up a spectacular campaign last season. The Colombian has one year left on his current deal, and is expected to renew until 2023.

As for Manuel Locatelli, the Italian is widely expected to join Juventus starting next season, where he’ll act as Max Allegri’s regista. The management is trying to add some players in an exchange package, but Sassuolo insist on a cash-only operation, with the asking price being 40 millions.

Finally, Federico Bernardeschi could also be set to renew his expiring contract, but other scenarios can’t be ruled out just yet.

Buffon wants to become a number one again and there is a team that...