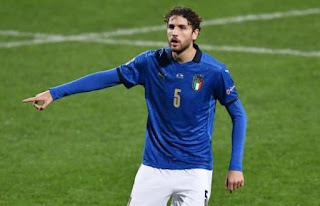 The Bianconeri and the Green and Blacks have been in talks over the signature of the midfielder for much of this summer.

Juve has made him their priority transfer target and he has also chosen to join them among all his suitors.

What is left now is for both clubs to reach an agreement and it seems that will be achieved soon enough.

Sassuolo wants 40m euros for his signature and after trying to negotiate it down, Juve is now willing to pay the amount.

However, the report says both clubs have to agree on how the payments would be structured because Juve wants to spread it over as many years as they can.

Juve’s financial struggles are well-reported and Sassuolo is also willing to accept payments in instalments.

The report adds that their next meeting would be tomorrow or on Friday and they will hope to make good progress in the negotiations.

Locatelli would get an extended break after helping Italy win Euro 2020, but he would be keen to join up with his new teammates when the deal is finalised.