In the summer of 2019, Juventus opted to sign Cristian Romero who was still making a name for himself as a young defender at Genoa. 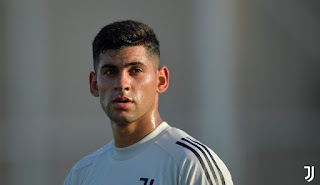 However, with new coaches arriving and leaving, the Argentine was somehow lost in the shuffle, never getting a chance to display his talents at the club.

Instead, the 23-year-old was repeatedly loaned out, and Juve’s lost was Atalanta’s gain, as La Dea sealed a two-year loan deal for the center back last summer.

Despite having one year left in his loan stint, the Bergamo club intends to exercise its right to buy the player’s contract according to la Gazzetta dello Sport via Calciomercato.

The player enjoyed a stunning season under Gian Piero Gasperini’s guidance, and was recognized by the Lega Serie A as the best defender for 2020/21, beating the likes of Inter’s trio (Skriniar, De Vrij and Bastoni) as well Juve’s Matthijs de Ligt and Napoli’s Kalidou Koulibaly amongst others.

Therefore, it shouldn’t be a surprise to anyone that Atalanta fully intend to keep their jewel, and they’ll be paying 16 million euros for Juventus, which is considered to be a bargain considering his actual value.

Romero took part in 31 Serie A appearances last term, scoring 2 goals and providing 3 assists for his teammates, whilst being a rock at the back.

The defender is currently with his national team after being picked by Argentina manager Lionel Scaloni for the upcoming World Cup qualifiers.