Zamora Fútbol Club
Home Uncategorized The latest on the Coppa Italia final – The venue and the... 
On May 19, Juventus are supposed to take on Atalanta in the Coppa Italia final. 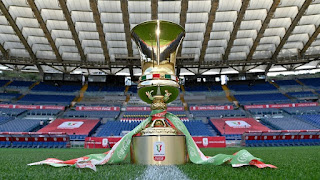 We cautiously use the word ”supposed” because if the last 12 months or so had taught us anything, then schedules – as well as venues – can always be changed.

Whilst this competition had always been a secondary goal for the Old Lady, it could prove to be the only major trophy that Andrea Pirlo’s men are able to win this season – unless you want to count to Italian Super Cup.

According to la Repubblica (via Calciomercato), Lega Calcio is set to accept the offer presented by the Emilia-Romagna region concerning hosting the prestigious match.

The northern region has presented an offer worth just under one million euros in order to persuade the Lega in its favor.

Amidst the current financial problems, this sum is considered to be a decent one for all parties involved.

The same region had hosted the Super Cup in January, when Juventus won the trophy after beating Napoli 2-0 at the Mapei stadium.

Therefore, the very same venue is expected to host the Coppa Italia final come May.

For the first time after 12 years, this fixture won’t be held at the Olimpico stadium in Roma.

Whilst no official statement has been released until the hour of writing, it is expected to come out soon.

The report adds that both finalists – Juventus and Atalanta – refused to play at the San Siro in Milano, but they are more than willing to meet at Sassulo’s own turf.