Any team considering a move for Rodrigo Bentancur faces paying a huge transfer fee after the percentage payment that Juventus will make to Boca Juniors was revealed. 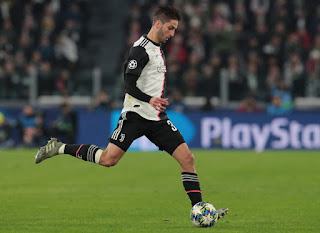 The Uruguayan joined Juventus from the Argentinean side in 2017 after they had reached an agreement over his future transfer in exchange for Carlos Tevez in 2015.

Bentancur was seen as a top upcoming midfielder in South America at the time and Juve moved to sign him.

He has been a key member of the squad since he joined, but he has attracted the attention of some clubs around Europe recently.

He isn’t an indispensable member of the Juventus team and that means they might listen to offers for his signature when the transfer window reopens.

However, any team looking to sign him has to brace themselves to pay top-dollar for his signature.

This is because Goal.com has just revealed that Boca Juniors inserted a huge 40% sell-on clause in the deal that took him to Turin.

Juve might need to offload some of their current players to fund their summer spending and this revelation means they might struggle to offload Bentancur if they want to make a huge profit from his sale.